Hey…look at this.  This page is blank.  It is white, and black, but not read all over…because there’s nothing on it. 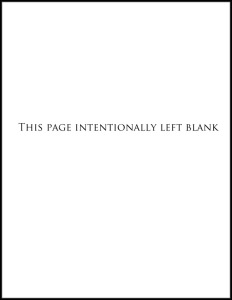 Now wait just a hair-picking minute.  Who put words on this blank page????

Does anyone else see the humor in things like these…or is it just me?

So, this week’s photo prompt for the Daily Post is Twinkle…and, as they are having trouble with pingbacks, the link may or may not work – but I’ll make the attempt nonetheless.

I have lots of twinkly shots, because seeing what light can actually DO when collected by the camera’s lens is one of the reasons I started developing my photographic eye.  This one, I snagged at a Christmas party last year.  Granted, I really should have been paying attention to the hosts, the other guests, or the meaningless small talk … but we’ll go over my strange actions in strained social settings another time.

This gem is part of a series taken when I realized that the candle I was burning on the bookcase did wonderful things to both the glass paperweight and the glass dragon sharing the space.  Makes visions of the Death Star dance in my head.  The sparkly ball of color in the foreground is a bowling ball with glass chips glued all over it – it’s supposed to be an outdoor gazing ball – but it’s too pretty for outside.

These next two were captured on an excursion to Madison’s State Street last fall – my Son and DIL(2B) insisted on dragging me along to their favorite stomping ground.  In fact, these 2 shots featured in another blog post of mine… Death by Bouncy Ball   over on Google.

Which brings me to the last photo I’m going to show you today – there were all kinds of twinkly lights inside this dome.  Every winter, the Mitchell Park Domes in Milwaukee has an event they call Music Under Glass.

If you’ve never been to the Domes, and aspire to visit my fair State – pencil in a stop.  The three domes house some very lovingly tended, carefully maintained biospheres – one tropical, one arid, and their floral show-dome (which changes a few times a year).

5 thoughts on “The Curse of the Blank Page”