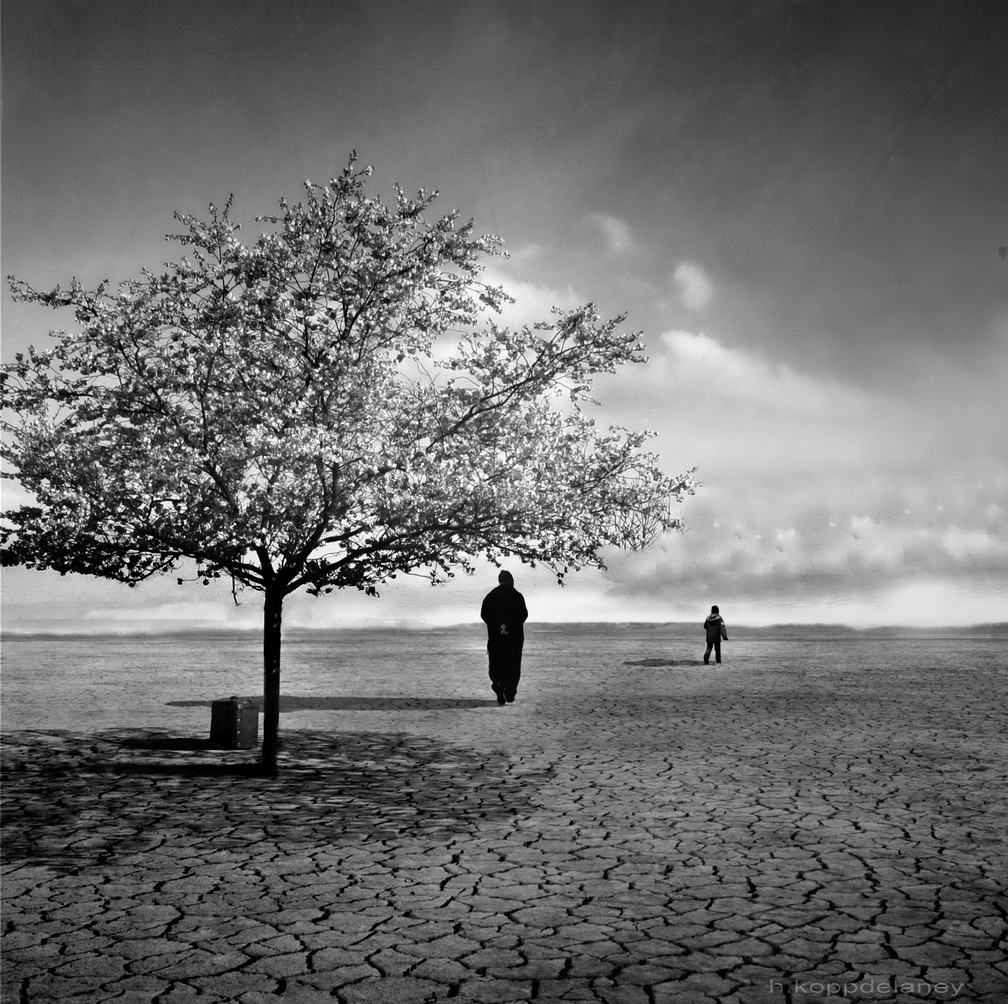 Flash! Friday once again set all us flashheads up with an irresistible photo to write about.  The muse and I were well rested from our nothing-weekend, and had 2 stories blaze into being… One a rather dark and twisted decent into insanity, and the other a quirky and casual nod to our favorite madman in a blue box.

Digging, crawling, scrabbling across hardpan, dry land, seeking moisture, fluid, the cool kiss of sensibility. Only dead desiccated Earth underfoot, thirsting for the water of sanity, the meaning of life.

It ignites the sky, the howling inferno a rage of confusion, flames of incandescence melting my vision in blinding radiance. Eyes without a face spiral: staring, accusing, dragging me to the depths of derangement.

Born of interplay between light and dark, it circles closer and closer. The form, the visage, the countenance, the bearing: all are mine in mirror image. He wears my face, my clothing, my hair and skin, eyes dark, empty, devoid of my soul.

I reach out, my shadow form, with hands my own yet not, feeling the touch of foreign flesh on my cheek even as I register stubble against my own fingertips.

The last tear of resolve evaporates from my cheek.

This declaration received a spattering of hrump’s, hmmmm’s, and at least one lurid guffaw, which decayed into the general background noise in the bar.

“And these two fighting fellas,” the storyteller continued, gesticulating wildly in an attempt to set the sheer scale of his story in the proper perspective “Were giants!  HUGE!  I barely came up to their bootstraps.”

A glass slid down the gleaming wooden bartop toward the speaker.  He sipped, smacked his lips in appreciation, smiled widely around the room as thanks for the purchaser.

“The ground, see, was cracked from their fighting,” he continued.  “Every move they made was followed by more rocks bouncing down them holes.  I was afraid the box I came in was gonna get sucked inna one.”

Silence grabbed hold of the bar, as all conversations ceased abruptly.

“The box, you say,” said the barkeep, “The one that’s bigger on the inside?”

The storyteller nodded so vigorously, he threatened to topple off his stool.  “Yea – the little blue box with the tour guy inside,” he confirmed.

The bar erupted in laughter.

“See if I ever use Doc’s Vacation Services again,” he grumbled into his drink.