Plans went…according to plan, which is an odd occurrence for me.  Yesterday morning was crisp and a bit frosty (well, the grass was, anyway) but once I got to moving, the layers started to come off. 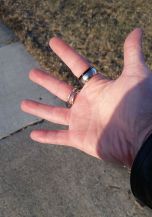 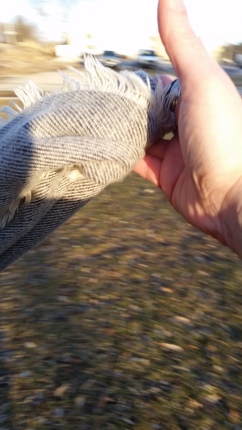 Then the jacket got opened up. 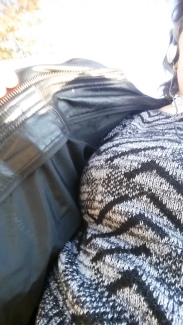 Well, it DID get zipped back closed a bit later once the wind hit…but trivialities!

Ooooo – I can’t convey how MUCH I’ve missed the quiet time of the walk in to work, and the trek back from the office in the afternoon. 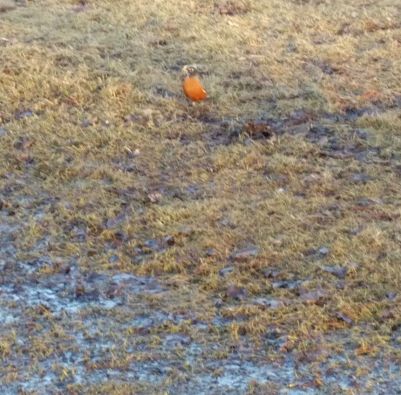 Once we start seeing robins, it means spring has come.

I do believe it’s starting to get warmer out there.

Granted, it’s only the end of February, and I’m sure that Mother Nature has been off her meds the entire month…but it will actually be warm enough to WALK TO WORK tomorrow.

I’ve been stuck in the car all winter long…and I really, REALLY miss my quiet time before and after work.

Maybe I’ll see how well my little plastic buddy has fared through the cold winter months.

that the building owners keep decorated for the season.  Seeing how the next holiday coming up is St. Patty’s day (a big one in a state that accepts any excuse to drink beer!) so I stopped and grabbed a couple of photos.  It’s not Monty Python…but it’ll do. 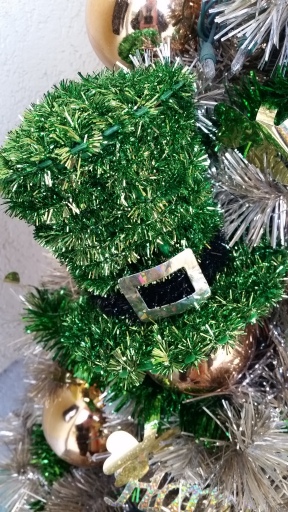 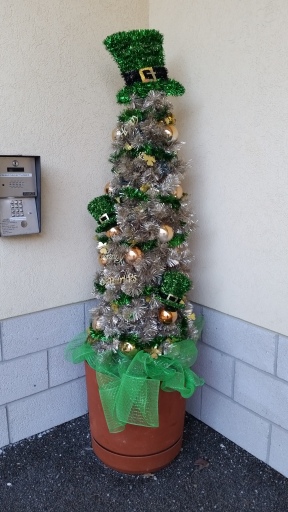 I find myself without much story fodder these days.  I don’t wanna pour mourning all over you guys, because that’s just not right.  This is a fun blog, not one mired in darkness.  There are other places on the wwweb for people pouring their hearts out while dealing with loss.

I’m just not THAT public a person with my emotions…but I am still here, and still dealing, and still going forward with my plans of world  beautification one smiling face at a time…

I have buried myself in work, both the job that pays the bills, and the little metal ring kind I enjoy doing at home.  A couple different forms have captured most of my attention lately. 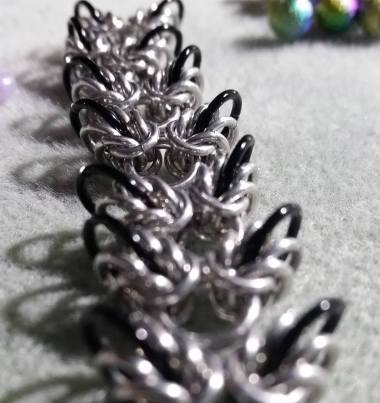 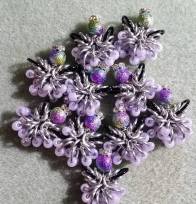 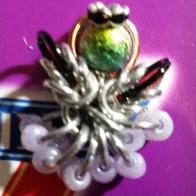 The Angels sprouted all over my workbench earlier in the month.  They kept me under control.  Most of these went to the funeral with me.  None of them came home.  It was my way to spread just a bit of sunshine at a rather dark occasion.

I’m considering this choir of angels part of the Art Abandonment project.  Even though I didn’t leave the little forms to the fates to disburse (I handed them out directly), the thought was the same…and family at the gathering was certainly in need of a bit of beauty.

and…the angel was Mom’s most cherished religious icon…she LOVED angels, and the fates guided my creation process toward the form.  I can think of nothing more telling as to what I should have done with all the little gems I’d created in between bouncing messages back and forth for arrangements.

The other chainmaille form that’s been getting a lot of quality time is the rubber ducky form. 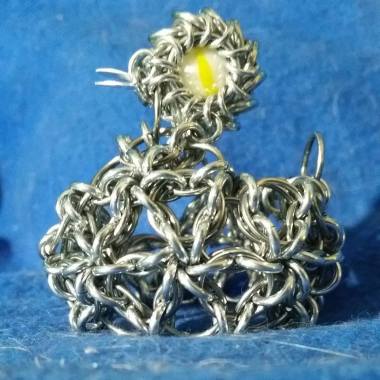 I didn’t do much to the form after the initial build.  The base was extremely solid at the outset, and all I really needed to do was a few minor adjustments to attaching the head so it was more stable.  So in between and after angels, I built duckies to tighten up my notes, and write out a formal tutorial.

Oh, and I bought a host of different colors for the little guys…even though the big rings in the body have to be limited to stainless steel or brass (the softer metals just do NOT work with the amount of tension I’ve got in this weave!), the small connectors are THICK rings with a tiny opening.  THEY come in lots of colors.

Let me introduce you to the team I’ve built so far: 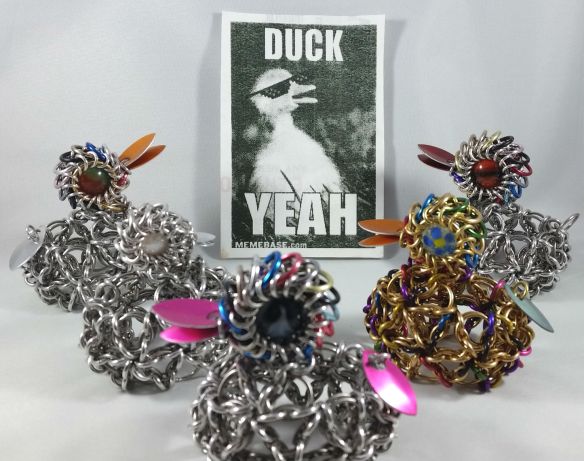 This photo, and the simple black & white meme behind it, brought a smile to my face, the camera up and active, and spurred a whole host of comments on the chain mail group of mine on that oh, so evil book of faces…

One of my go-to suppliers of little metal rings is a place in Canada called (of all things!) The Ring Lord.  Precision cut, polished, and colored rings for chainmaille enthusiasts like me are what they DO…. and they’re good at it.  They’ve also got wicked senses of humor (must be the cold climate!) so from time to time I’ll drop ’em a special little note with an order.

When I placed the order for more rings to further experiment with the rubber ducky pattern, I couldn’t resist attaching this note:  “Would you believe me if I said these rings were for a rubber duck?”

In response, they stuck that picture on the back of my package.  It was an immediate smile-inducing addition to my mail, and I’ve thanked them in the most flattering way possible – by clipping that sticker from the mailing envelope, and including it as the cover shot of the Duck YEAH tutorial I wrote out.

I think I’m gonna frame it 😀

In the meantime – here are some more duckies… 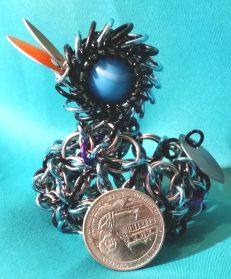 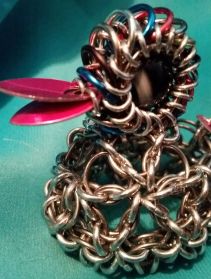 The T&T will be taking a short break.  I need to process the passing of my Mother.

From November, 1939, to February, 2018, she brought lightness, joy, hope and courage to this Earth.  Our world was better for her joining it, and will be a shade less for her leaving.

Her indomitable spirit will live on…in me, my siblings, and all our children.

Rest now, Mom…it’s time for others to take up the baton. 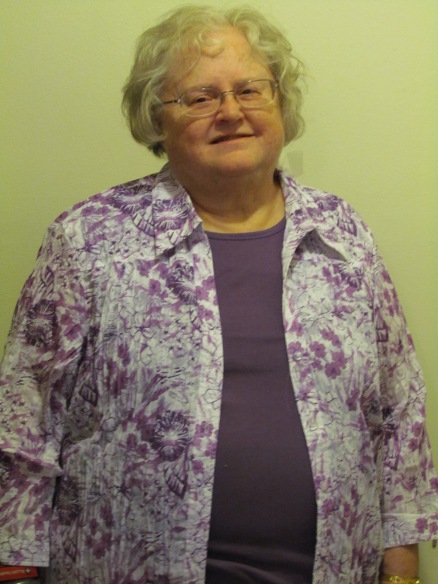 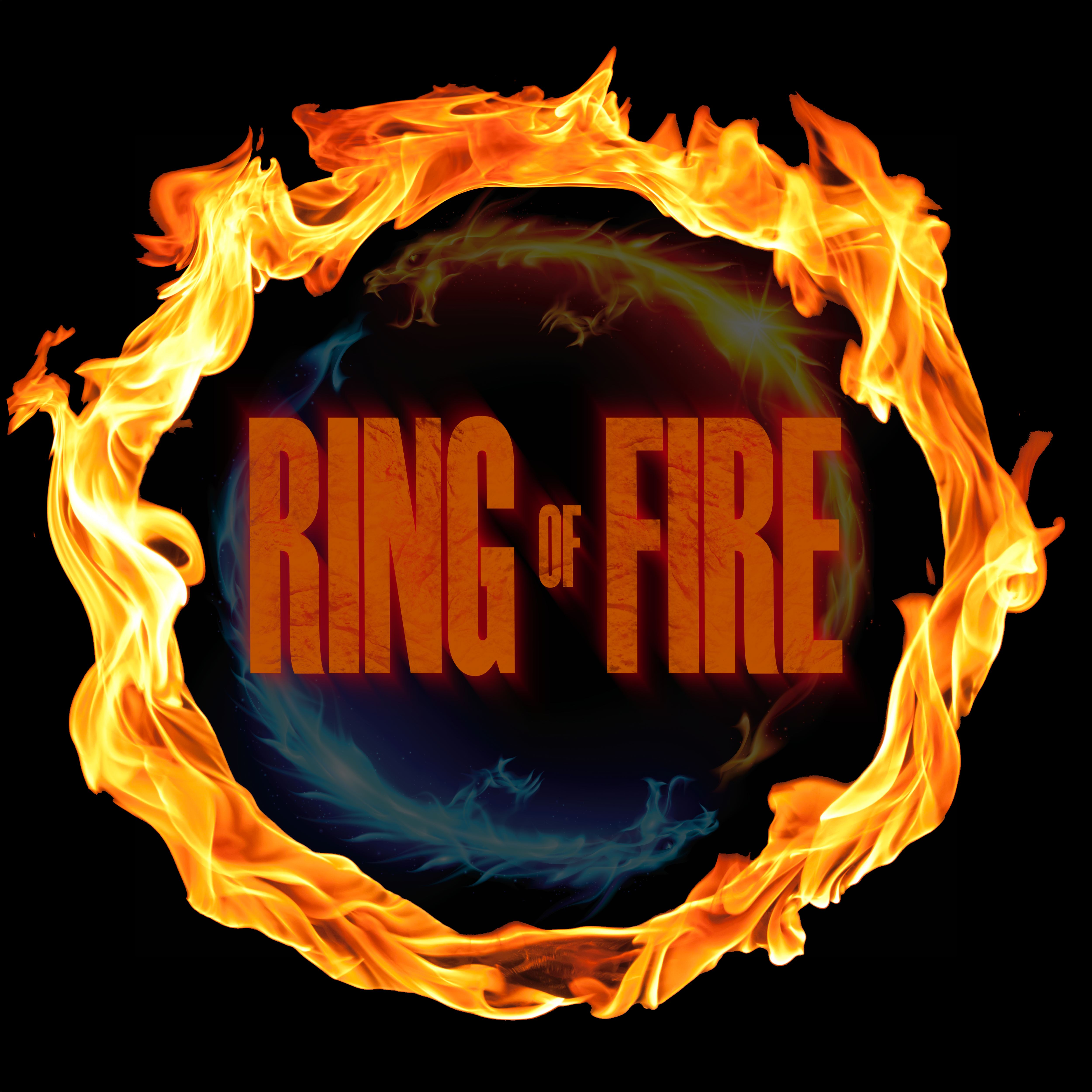