I wrote this out a couple of years ago in the Evil Book of Faces…it showed up in my memories, so I’m gonna share it out here.

Celebrate our home – the Mother Earth – without which we’d not exist.

Celebrate those simple men and women who commune with our Mother Earth daily,bringing forth from her skirts all that is green and growing. They do this not for love of money, but from the simpler love of nature.

Send your praise not to the cold, sterile heavens above, but down, into the rich, warm dirt which gives us our sustenance. Into the rock which supports our multitudes. Spread wide to all those simple men and women who work their labor of love, unrecognized, so that we will not cease to exist.

Celebrate the simple magic of the circle of life.

Did you ever embark on a solitary adventure on a sultry summer evening?  A random, spur-of-the-moment event with your only concrete intentions a vague desire to spread your consciousness across the terrain of your choosing?  And whilst upon such an unplanned sojourn, was another unspoken goal to blend into your selected area so expertly that the surrounding mankind were only aware of your presence on the very outside periphery of their understanding?

Have you ever taken such a event in with a companion – your only communication the poetry of expressive body language?

Might you oft believe that such observational activities are an unrecognized and unconsciously highly-sought after art form?

Did you ever pad the sidewalks or Greenspaces within your targeted territory with all your senses wide and receptive, opening the very core of your being to those communications from anything natural and wild?  Do nightly dreams tickle your sleeping self after this absorption, as your mind tirelessly works to adapt itself to these ruminations?

Have you woken to the sun caressing your face, and felt more alive than the previous years?

Might you celebrate the solidity of the rock, dance with the spirits of the wind, sing the hidden song of the stream, or bask in the wild fire of the setting sun?

Are you a creature of deep Earth – open to the Natural, yet reside within the heart of a city?  Are contradictions such as these accepted without understanding?

Reading this – do you nod your head in solidarity…and posit questions of equal gravity in return?

Then I’d like to experience you – a kindred spirit well met.

In case you live under a rock or on another part of the globe and pay no attention to world news – we had a total eclipse streak it’s dark way across the US on Monday, 8.21.17.

It was a media and marketing frenzy…but, given this astronomical event happened directly over US soil, I really expected nothing less.

Don’t believe me?  Just go to Amazon and type in Eclipse – the sheer volume of crap offered at unbelievably high prices is unpresidented.  The last time I actually looked up an offering for eclipse glasses (paper frames, with little bits of black plastic for the lenses) you couldn’t buy less than a pack of 20 – for around $100.00.  Doing the math, that comes to five bucks a pop.

For PAPER and PLASTIC.

Land of the free, and Home of the brave?  Pshaw!  Our new national slogan should be:

If there’s a buck to be had…

Originally, I had vague plans to aim a camera at the thing.  If nothing else, an eclipse is a perfect excuse to dig out the big DSLR and tripod, set up in a field somewhere, and try to work on my suntan.

Tell me you giggled just a bit at that 😀

But on the day of the big event, the DSLR stayed home…because Mother Nature has a cruel sense of humor.  On this most auspicious event – she covered my hometown with heavy clouds.  I managed a single sorry shot of the moon covering the sun covered by dull grey.

And this was with the little white point & shoot.

Not that I’m against wandering about with my lower-end camera as opposed to the big and boxy/CMOS sensor/interchangeable lens system that packs 10 pounds of accessories in a 5 pound bag…but I digress.

By the time the event was happening, anyway – I had more esoteric tasks at hand…which succeeded quite nicely, thanks to all who sent positive intentions my way.

I knew going in to this very special esoteric project that eclipse energy isn’t the easiest thing to work with.  It’s energy that appears very infrequently – generated when the new moon, normally hidden in the sky, reveals itself while being blasted in the behind by the MUCH more dominant sun, heavily influenced by the trio of planetary bodies in perfect alignment, and focused on a specific spot on the Earth.

As I wasn’t in the focal region (I’d not have attempted anything if I was in the path of totality) I managed to work with the waves of chaos, find a bit of the Natural in the cloudy sky and sprinkles raining down on me, and set my intentions in my materials.

And here they are:

The three obelisks represent, naturally, the three celestial bodies doing their thing in the great void of space.  I was quite pleased with the plinths, especially their sizes.  The Sunstone is the tallest of the three, the Labradorite next, and the Moonstone the smallest – a perfect representation of the size of the three objects.

Normally, when I set intentions in a spell, a single set-word emerges from my subconscious while I’m meditating over the object.  Not so with these guys.

I had three words come – one at each of the three stages of the work.

My original plan to bury the stones around my hometown may need some additional thought, though…as if they are in eclipse alignment (moon between sun and Earth) they radiate the chaos energy from the actual happening.

I’ll have to do some additional work on them to make sure the chaos is locked and non-effective before I am confident enough to position them in the Earth. 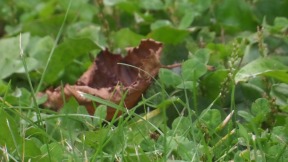 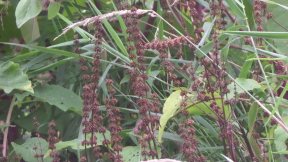